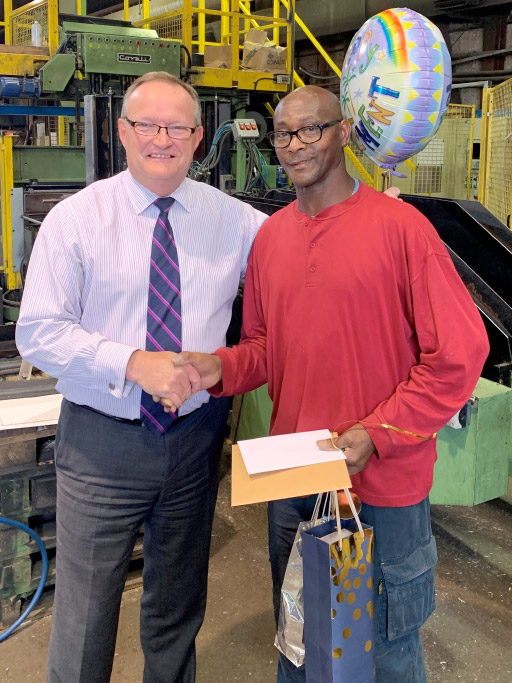 In a special retirement presentation Shaw Pallet MD Chris Hillaby paid tribute to Mr Henry, who first joined the business in January 1979 – scarcely more than 5 years after the business had commenced trading.

“George’s contribution to the business has been nothing short of immense” said Mr Hillaby who added that George had rarely missed a day at work over the years and assembled a vast amount of product for Shaw Pallet’s clients.

“We estimate that George has been responsible for producing at least 1.5 million wooden pallets… the scale of his achievement is vast; it’s a volume that equates to 3000 wagon loads of product or a stack which would be 140 miles high!”

George plans to dedicate more time to supporting the Huddersfield Giants in his retirement and won’t be completely turning his back on a lifetime of handling wood, as he intends to join his wife Janet in some crown green bowling!