When the Leeds Road Ground, in the centre of Huddersfield, was demolished in 1994 anything and everything was up for sale, Shaw Pallet Limited of Slaithwaite purchased a section of boundary wall at the Bradley Mills end of the property which contained a turnstile gate. 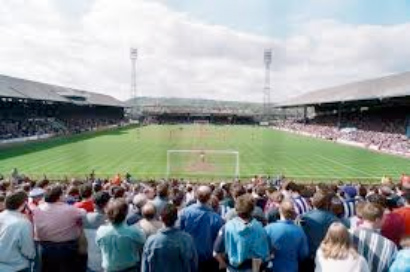 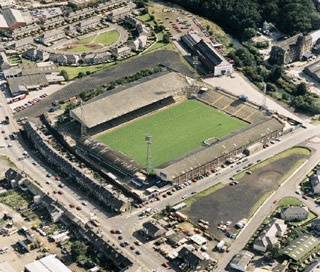 Aerial view of the Leeds Road Ground circa 1990

The company duly reconstructed it, and for several years it was used as the actual entrance to their premises. However, in 2008 due to inclement weather in the Colne Valley, the structure was blown over by a freak storm and the decision to demolish it had to be taken. 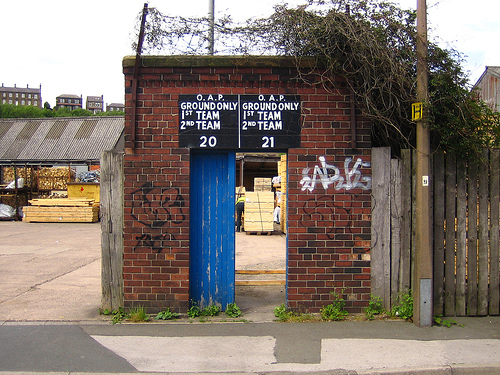 Rather than scrap the resultant rubble, Shaw Pallet Ltd offered it to Huddersfield Town FC, and the Supporters Trust accepted the challenge of bringing the gates ‘back home’. A substantial bequest to the Trust, from the late Peter MacGibbon, initiated events which ultimately led to the turnstile gates being relocated and completely rebuilt within the Galpharm Stadium.

The Supporters Trust contacted Anthony Ward, of University Campus Barnsley, and asked him to produce a design which would allow the turnstile gate to be both free standing yet still capture the nostalgia of the original. After the design stage was complete, the next problem was to find a builder who was willing and able to hand dress each brick and undertake the rebuilding using the same techniques as would have been used on the original.

Eventually, ARP Construction of Stocksbridge, who ironically saw the original ITV Calendar news report of the turnstile gate being blown over, agreed to undertake the proposal at cost price. Funding came from a variety of sources including the aforementioned bequest, the Supporters’ Trust, Huddersfield FC and Mr Anthony Ward, Senior Lecturer in Construction at the University Campus Barnsley, who undertook the design works free of charge, supervised the building works and contributed both time and money to the project. 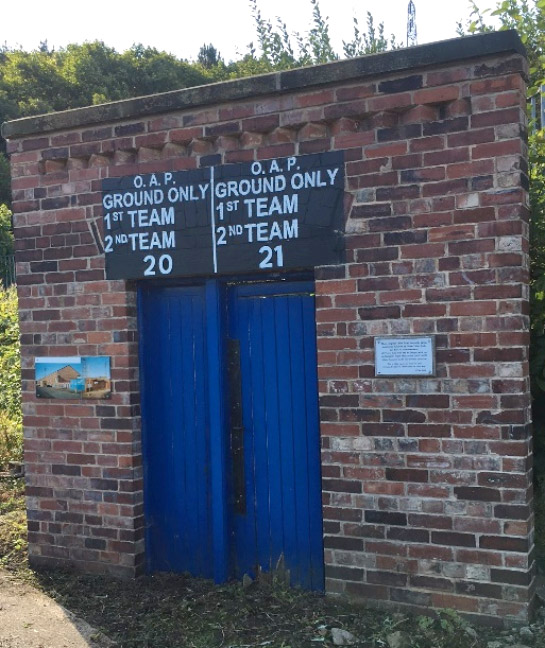